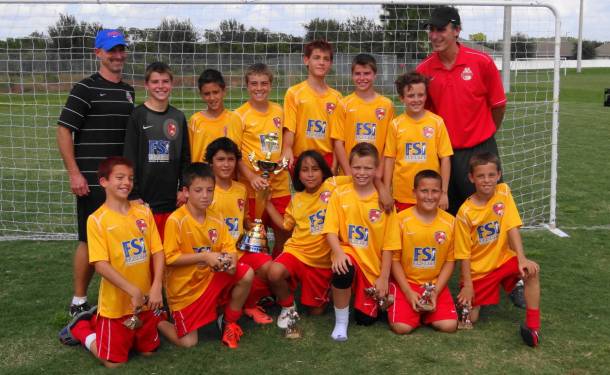 LAKEWOOD RANCH, Fla. - This past weekend the Lakewood Ranch Chargers Boys U12 Red team, coached by Daniel Anderson, was crowned champion at the 2012 Kick or Treat Cup. The squad had a perfect weekend, going 3-0 in group play and winning the title 2-0 vs. Houston Dynamo-Tampa South.