For Young Goalkeepers, It Ain't Easy Being Green 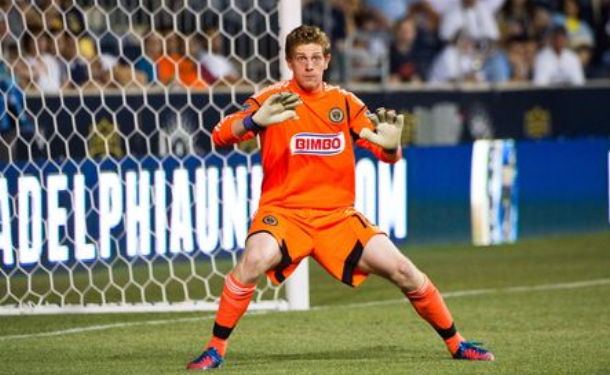 Wine and goalkeepers get better with age. It isn’t hard to argue with the second part of that statement if you watch Major League Soccer with any regularity. In a league that, for the first time in its history, has three goalkeepers 23 and younger starting regularly for their teams, finding youthful reminders of the importance of goalkeeping experience is never difficult.

Whether you had Sean Johnson delivering a lazy pass that turns into a goal like last Saturday against Columbus, or Bill Hamid looking nervous and unsure at times in last week’s matchup against Philadelphia and fellow young netminder Zac MacMath, there were plenty of recent examples of just how tough it can be for young goalkeepers to avoid mistakes and avoid playing like the novices they are.

Does it mean that Johnson and Hamid don’t represent a strong generation of goalkeepers making their way up the ranks? No, what it means is that growing pains are an unavoidable aspect of developing young goalkeeping talent.

This isn’t something only MLS deals with. You can go to the English Premier League, where Manchester United’s David DeGea (21) and Arsenal’s Wojciech Szczesney (22) have both thrilled and frustrated fans as they have alternated between making special plays and frustrating mistakes.

Tim Howard knows all too well about the struggles of being a young goalkeeper trying to hone his craft while in the spotlight as a starter, and he sees the current generation of talented young netminders as special group, but one going through inevitable growing pains."
"When you’re starting games regularly at that age nobody is ever going to have a smooth ride," Howard told SBI. "There is so much to learn about the position that you don’t even realize at that age. When I think back I know there were things about positioning and hand placement that just came with experience.

"When you’re young you are going to have those trials and tough times but getting games at that age is such a big thing." "I look at Zac MacMath and Sean (Johnson) and Bill (Hamid) and I think the sky’s the limit for those guys,” Howard said. “What I will say is I think goalkeeping is so much more than talent. You need to save the ball. You need to have the tools to be able to save the ball. Yes, you have to be strong. You have to be powerful, be able to dive, be able to jump. All that stuff is important, but I don’t think you learn a lot about a goalkeeper until much later on.

“They need to keep getting games under their belt,” Howard said. “I think any game for a goalkeeper at that age is good. Play lots of games, make mistakes, make big saves."

At 22, Howard was entering his first full season as a professional starter. What will be remembered about his days in net for the New York/New Jersey MetroStars were his acrobatic saves and outrageous athleticism, but he too made mistakes and let inexperience and over-aggressiveness get the better of him.

Howard still played well enough to earn a transfer to Manchester United at the age of 24, but even then he was still learning the position and endured his share of trials and tribulations along with success during two seasons at Old Trafford.

What Howard didn’t have to deal with during his formative years with the MetroStars was comparisons to other young goalkeepers in MLS. Back then, a young Nick Rimando was making his way up the ranks with the Miami Fusion and D.C. United, but he was not on the same radar screen as Howard, who was on the cusp of the U.S. national team. Howard stood alone as the future of the position.

The current class of young American netminders is faced with comparisons on a regular basis, and you can rest assured they all feel the pressure to outdo the other members of that class. When Hamid, Johnson and MacMath have squared off this season we have seen outstanding performances, but also some of the poorest showings for each of them. They might not admit it publicly, but they all feel some extra pressure when looking across the field at another young goalkeeper.

That competition puts even more pressure on Hamid, Johnson and MacMath to perform, because it is almost inevitable that in a given week when one of them has struggled, another one of them will have put on a great performance.

For Hamid and Johnson, the comparisons have become inevitable, but what was at one point a simmering rivalry has transformed into a friendship. One forged by their shared disappointment during the U.S. Men’s Under-23 national team’s failed bid to qualify for the Olympics.
"It’s something we both went through and brought us together," Johnson said. "You’re always going to have that competition between each other, but we also have respect for each other because we know we’re both going through the same things."

What Johnson, Hamid and MacMath are enduring is the growing pains of a position that is not truly mastered until players are into their 30s. They are all eager to improve, but only experience and games played will sharpen their skills and eliminate the mistakes that seem to come all too frequently.

Remember that next time you watch one of them struggle through a game, or make a mistake that seems far too simple to make. The goalkeeper position is a tough one to learn on the job, but the current generation of talented young American netminders is doing just that.

If Hamid, Johnson and MacMath can continue improving, and shake off the mistakes when they come, they could end up forming the best generation of American goalkeepers since the Brad Friedel-Kasey Keller-Tony Meola generation. But first, they most survive these formative years.

"Time will tell with those guys," Howard said of the young contingent of MLS goalkeepers."But I have a lot of faith in them as a goalkeeping generation. More so than any we’ve had in a long time."