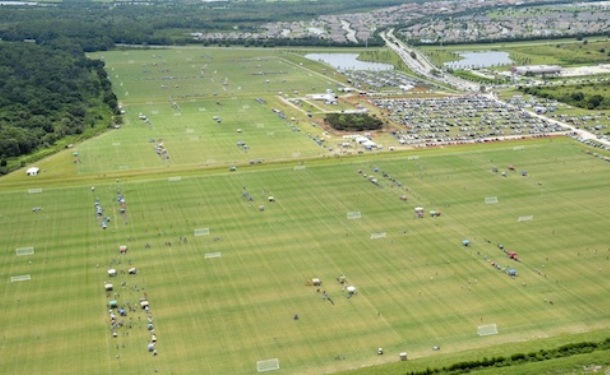 CHICAGO – The U.S. Under-17 Men’s National Team is set to square off against Brazil, Turkey and Portugal at the 2012 Nike International Friendlies in conjunction with the U.S. Soccer Development Academy Winter Showcase from Nov. 28-Dec. 4 at Premier Sports Campus in Lakewood Ranch, Fla. This year marks the 10th anniversary of the Nike International Friendlies, which began in 2003 as the Nike National Team Friendlies. In a decade of competition, the U.S. has participated every year, while Brazil is set to make its eighth appearance and Turkey – which was crowned champion in 2010 when the competition became a tournament format for the first time – return for a third consecutive year.

The U.S. Under-17 Men’s National Team is scheduled to face Brazil, Turkey and Portugal during the round-robin competition with all the U.S. matches beginning at 5 p.m. ET. The U.S. starts the tournament against Brazil on Wednesday, Nov. 28 before facing Turkey on Friday, Nov. 30 and closing out the competition against Portugal on Sunday, Dec. 2.

Portugal is making its first appearance since 2009, while other national teams that have participated in the Nike International Friendlies during the last 10 years are Australia, the Netherlands, France, Russia and South Korea.

The U.S. earned the championship last year, defeating Brazil 3-1 in front of a capacity crowd of 3,000 fans. Entering the match knowing a win would secure the title, the U.S. struck in the second minute and reached the interval with a 2-1 advantage on goals from Rubio Rubin and Tyler Turner. New York Red Bulls Academy forward Wesley Wade scored in the second half to secure the championship victory.

Launched in 2007, the U.S. Soccer Development Academy is a growing partnership between U.S. Soccer and the top youth clubs around the country to provide the best youth players with an environment designed to foster a professional attitude and produce the next generation of National Team players.

Beginning earlier this year, the Development Academy moved to a longer, 10-month season with a philosophy based on increased training sessions and decreasing the amount of total games played, but with an aim toward creating more meaningful competition.

Now with participating 80 clubs, the Development Academy recently announced the addition of a U-13/14 age group to being play in the Fall of 2013. Last July, the New York Red Bulls won the U-15/16 championship with a handful of players that are part of the U.S. Under-17 Men’s National Team Residency Program, while FC Dallas claimed the U-17/18 title with a win against the Vancouver Whitecaps during Finals Week at BBVA Compass Stadium in Houston.