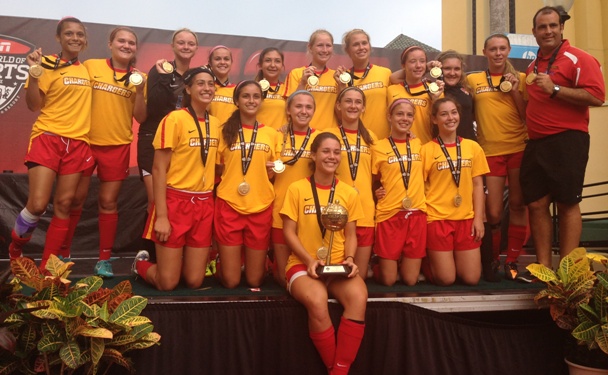 CLEARWATER, Fla. - Congratulations are in order for the Clearwater 96-97 (U17) Elite Girls, who captured the Disney Showcase Qualifier title this past weekend, earning a spot in the 2013 Disney Showcase.

Monday morning's semifinal brought a matchup against the Wellington Wave, who had cruised through group play at 3-0-0. The Chargers were able to secure a 1-0 victory, earning a spot in Monday afternoon's final. Weather conditions became a major factor, as the the final was eventually canceled and the Chargers were declared co-champions.